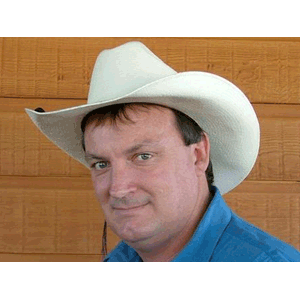 Gary Fogarty is one of the busiest performing Bush Poets in Australia. A fiercely proud Australian, his ability to inject his own uniquely ‘bush bred’ personality and humour into everything he does, and to tailor his performances to fit all situations have resulted in his busy schedule.

Gary’s poetry has been used to inspire our Aussie Olympians, hangs proudly in the players gymnasium at the Brisbane Broncos and several corporate Boardrooms around Australia, has inspired its own Drought Relief Campaign, featured in a series of Channel 7 advertisements for International Rugby Union tests, as well as being enjoyed countless times by bush poetry lovers all around Australia at live performances and when broadcast regularly on both radio and television.

Every Day We Bleed