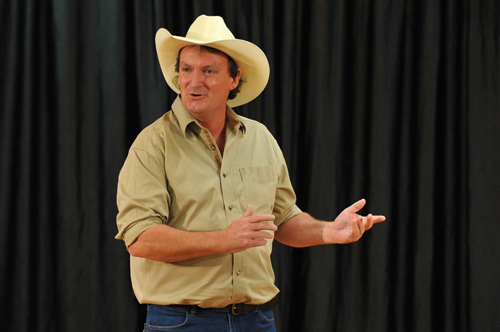 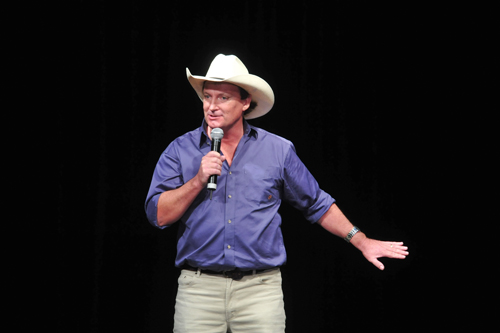 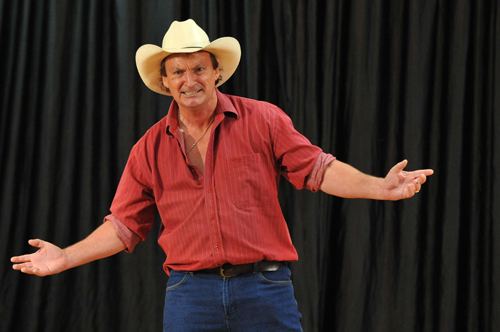 Gary Fogarty has succeeded in doing what most of us aspire to, turning his ‘passion’ into a full time pursuit. After years of hard work and dedication to performing Bush Poetry, Gary can now legitimately lay claim to be one of Australia’s most popular and busy Bush Poets. In a very short stint in bush Poetry Competitions, Gary won the Inaugural Australian Bush Poetry Championship and several other major competitions before moving into the professional sector of entertainment.

A regular performer at some of this country’s major Festivals for many years now, Gary has taken the next step and as a member of the Australian Performing Arts Team has taken his craft to an international audience, claiming a Silver and Two Bronze medals at the prestigious World Championships of Performing arts in the USA.

The life for a bush poet is never dull and Gary balances his time between guest performances at well- known Festivals such as Gympie, Tamworth, Mud Bulls and Music, and Booyup Brook, conducting writing and performing workshops for both school children and adults, corporate entertainment, voice-over work, roving announcing at Festival such as Chinchilla Melon Festival, Tara Festival of Culture, Australian Camp Oven Festival, and Gayndah Orange Festival, compeering a wide variety of events, as well as dabbling in song writing and composing Customised Poems for a growing client base.

While the entertainment industry is notorious for being fickle and no performer can take their future in the industry for granted, it would appear that with a long list of achievement and awards behind
him, a burning desire to continue searching for ways to improve and that lifelong passion for his craft, that Gay Fogarty will be a part of the entertainment scene in this country for a long time yet.