Gary Fogarty has worked extremely hard at developing his reputation as a roving announcer with few, if any peers. His ability to engage festival visitors to the extent that they feel they are a part of proceedings and not merely spectators, while creating an atmosphere of relaxed enjoyment is regarded as part of the successful formula at some of Queensland’s most popular Festivals.

Iconic Festivals such as the Chinchilla Melon Festival, The Tara Festival Of Culture & Camel Races and The Australian Camp Oven Festival (Millmerran) have been utilising Gary’s unique talents since their events began and they showcase the ability that the ‘Man in the White Hat’ has in assisting every Festival to evolve its own unique atmosphere. 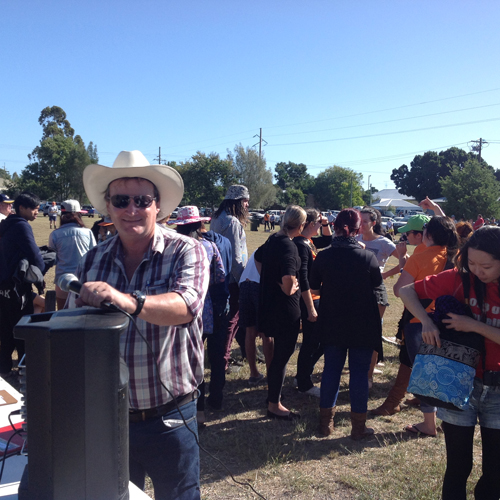 The events Gary has announced at

Christmas in the Bush